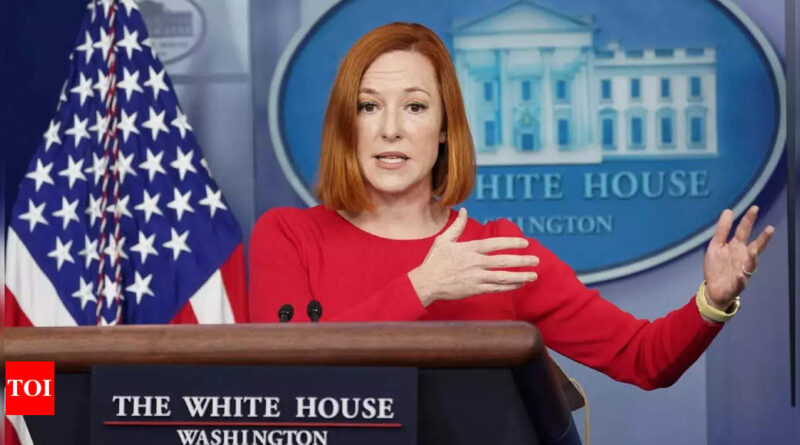 Delay in Fed nominations is not having impact on Inflation reponse, says Deese

The House panel investigating the Capitol riot is seeking information from GOP leader Kevin McCarthy, who spoke with ex-President Trump as the attack unfolded

The White House says it will send 10 million more Covid-19 tests per month to schools, saying this will help schools more than double the volume of testing compared to November 2021

His nomination now heads to the Senate, where it requires a simple majority vote

De-escalation by Russia should not take weeks or even longer

We are comparing notes with allies and partners to figure out how best to continue down path of dialogue with Russia, says state department

State department says dialogue and diplomacy are important but we also need to see progress with Russia, which can only take palce in context of de-escalation

No one should be suprised if Moscow spreads disinformation about commitments that have not been made: State department

US largely settled on Russia sanctions if it invades Ukraine, officials say