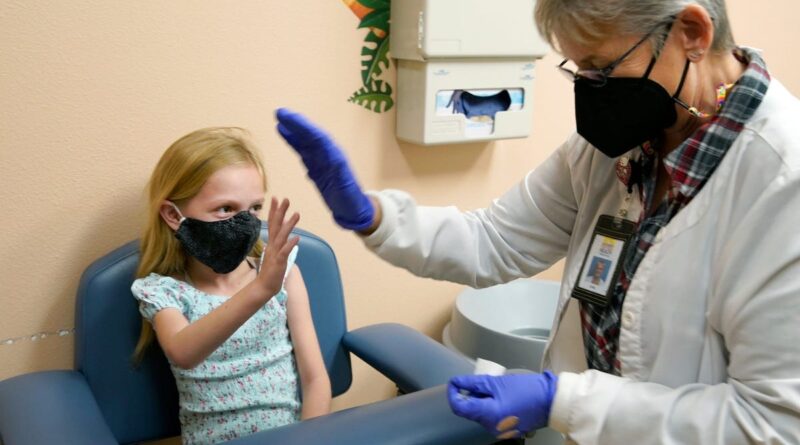 Even in the days of smallpox some people objected to vaccinations.

Benjamin Franklin apparently “long regretted” his decision not to inoculate his oldest son, who died of smallpox at age 4 in 1736.

Yet skepticism over the vaccine persisted, even into the early 20th century when it was routinely required. By then, the virus had mutated to become less severe. Some argued the vaccine was no longer necessary and would create more risk than it resolved. Yet vaccination requirements continued, and smallpox remains the only disease ever eradicated from earth.

Public skepticism has always been a part of vaccine history, even as doctors and other officials praise the shots’ safety, effectiveness and importance.

“The idea that there was less resistance to vaccination in the past is really misleading,” said Elena Conis, a historian of medicine at the University of California, Berkeley. “The amount of resistance we have (today) is pretty proportional to the amount of vaccination we expect the public to accept.”

Conis got interested in vaccine history during the public outcry over the HPV vaccine – first approved in 2006 and given to pre-pubescent girls to prevent cervical cancer resulting from a sexually transmitted virus. A study published in November in The Lancet shows that a national HPV vaccination campaign in the U.K. cut cervical cancer rates by 87%.

More recently, some people have questioned whether COVID-19 vaccines are necessary for children ages 5-11. Children are less likely than adults to suffer dangerous bouts of illness with COVID-19. But they can still fall ill, and just over 1,000 minors have died of the disease since the pandemic began, according to the Centers for Disease Control and Prevention, including 219 ages 5-11.

COVID-19 vaccines have been shown to be as safe as those vaccines, too. In a study released Thursday by the Centers for Disease Control and Prevention, children reported fewer side effects from the vaccine than adolescents. Of more than 4,000 side effects reported to the government, after the first 8 million vaccines shots, only 2% were considered serious, including 11 cases of swelling of the heart, called myocarditis.

Experts say that risk-benefit ratio is enough to justify widespread vaccination against COVID-19. Other diseases were even less dangerous when vaccines against them were approved and mandated, statistics show.

Omicron makes people sick faster: Here’s what else you need to know for New Year’s weekend

Although low in absolute numbers, COVID-19 was the eighth biggest killer of children ages 5-11 in 2020, data shows, and even more children fell ill in 2021 because of the more contagious delta variant – even before omicron arrived.

COVID-19 vaccines protect children from getting seriously ill as well as the potentially lingering effects of the virus. Vaccinated kids won’t be as likely to pass on the virus, they won’t have to miss school as they recover and eventually, when infection rates come down, they won’t have to wear masks all the time, Bradley said.

“When you put in public health as another factor in the equation, the equation is completely favorably weighted toward giving the vaccine,” he said. “Vaccines are the ultimate solution to getting kids back to school safely.”

Bradley recalls the 1989 arrival of a vaccine for bacterial meningitis. Before then, his hospital saw about 100 cases a year, including kids enduring seizures and ventilators. “When those vaccines came out, it was night and day,” he said. “You were saving lives, brains. It was a miracle, frankly.”

Rotavirus “only caused about 20 deaths a year” before the vaccine was introduced in 2006, Bradley said, “but we had wards that were packed with kids with diarrhea.” The resulting dehydration could be life-threatening to children who lived far from a hospital or emergency room.

Human life expectancy jumped from about 40 years to 80 in the past century, in part because of vaccines, said Dr. Yvonne Maldonado, a pediatric infectious disease specialist at Stanford University.

“We’ve gained basically another lifetime since 1900,” she said, and “it wasn’t because of fancy, smart things.” The extra years came from mostly ending deaths in infancy and early childhood, thanks to improved sewer and water systems, pasteurization, antibiotics and vaccines.

Though people may think parents were more focused on their communities in the past – getting their children vaccinated to protect others as well as themselves – that’s never really been true, Conis said.

That vaccine was made available at no cost, as the COVID-19 vaccine has been, and polio cases quickly started to fall. After they started to creep up again in the late 1950s, a few states, starting with California, began to require the polio vaccine for schoolchildren.

Once the worst viruses, like smallpox, polio and meningitis, had been brought under control, researchers moved on to addressing less serious illnesses, like chicken pox. Chicken pox, Bradley said, “isn’t killing children right and left but to create a vaccine to prevent those few deaths seemed quite reasonable. … Society really prizes children, which I’m deeply appreciative of.”

The 1960s saw a burgeoning of vaccines, including a second one for polio, one for mumps and one against rubella, Conis said.

By the end of the 1960s, thanks to vaccinations, measles cases were way down in communities – generally white and middle class – where children routinely saw pediatricians. But children of color and those whose parents didn’t speak English well were still getting sick.

In the 1960s, when health officials were trying to encourage vaccinations, they warned parents that measles could in rare cases cause encephalitis, reducing their child’s IQ. “If that one is your kid, how are you going to feel?” was the message, Conis said.

More recently, vaccine opponents have turned that argument on its head, saying “How are you going to feel” if your child is the one in a million who is harmed by vaccination?

Those who have questions about the COVID-19 vaccine for kids should know, she said, that they come from a long line of people who have wondered whether getting the disease is truly more dangerous than getting a shot.

“I think it would be … helpful,” Conis said, “to make some room for people in the middle to express their concerns and ask their questions.”

Powerball jackpot approaching $500 million. Will there be a winner drawn Saturday? – USA TODAY