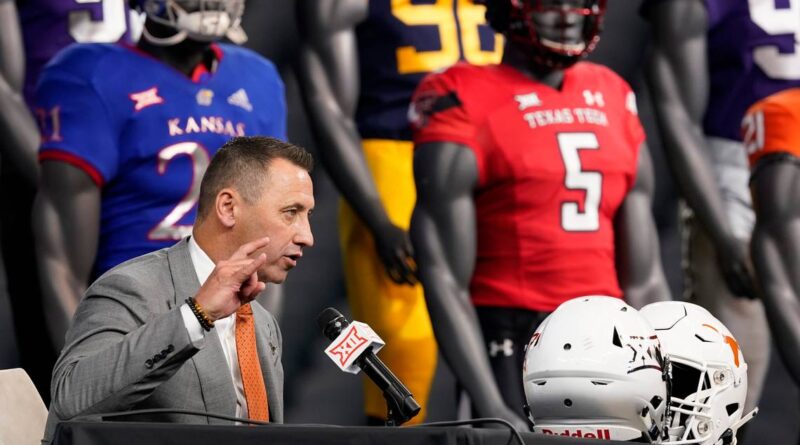 Texas fans want more than top 10 rankings and bowl victories. They would like to win some Big 12 titles and be in contention for national championships.

While the Longhorns are still the last Big 12 team to win a national title, that was long ago — the 2005 season with Vince Young at quarterback. Their last conference crown came four years after that in a league where Baylor and Kansas State have since both been champions twice.

That is why Steve Sarkisian is already the third Texas coach in eight seasons since Mack Brown’s departure in 2013. Tom Herman won four consecutive bowls and got the Longhorns into the top 10 during each of the past three seasons, but never won a Big 12 title.

Sarkisian is one of two new coaches in the Big 12, and both were part of the second-day wrap of the league’s football media days. New Kansas coach Lance Leipold appeared via Zoom after the Jayhawks’ charter plane got grounded because of inclement weather in the Lawrence area.

Texas is routinely the richest college athletic program, has all of the necessary modern facilities and its own ESPN-backed television network.

In the Big 12’s preseason media poll, the Longhorns were picked third behind six-time defending champ Oklahoma and Iowa State, which lost to the Sooners in the league championship game last December.

This is Sarkisian’s third head coaching job, after previous stops at Washington and USC. But he is coming off a stint as Alabama’s offensive coordinator and being part of Nick Saban’s most recent national championship last season.

The Longhorns hired Sarkisian in January, only hours after they fired Herman. Sarkisian at least got to go through spring drills.

Leipold wasn’t hired until the end of April to take over a Kansas team that has won only seven Big 12 games total over the past 12 seasons. The Jayhawks were picked to finish last again in the Big 12 on all 39 votes returned for the preseason poll.

“There’s no simple quick fixes in building a program or in rebuilding a program,” Leipold said. “Our approach is going to be consistent in what we’re going to do, consistent in our recruiting methods, starting locally, again, spreading out throughout the nation within the Big 12 footprint. Our expectation is we’ll be very similar to other places that we’ve been.”

Over the past six seasons, Leipold turned a downtrodden Buffalo program into a perennial bowl contender and going 37-33 overall. Before that, Leipold won six Division III national championships in eight seasons while going 109-6 as the head coach of his alma mater, Wisconsin-Whitewater.

Kanas announced the departure of Les Miles in March, only days after he was placed on administrative leave amid sexual misconduct allegations from his tenure at LSU, where he won a national title in 2007. The Jayhawks were coming off a winless season in the second year of his five-year deal and were led through the spring by an interim coach.

Sarkisian said he couldn’t believe it’s already been 6 1/2 months on the job in Austin, and all that has gone on in that time. He hired a new coaching staff, implemented a strength and conditioning program, recruited and installed new schemes on offense, defense and special teams. He still hasn’t named a starting quarterback.

Casey Thompson went 8-of-10 passing with four touchdowns in the second half of the Alamo Bowl when stepping in for injured and since-departed Sam Ehlinger. But backup Hudson Card is a talent who also is getting his chance in Sarkisian’s scheme.

“When I took over the job, I gave everybody a clean slate in our program, Sarkasian said.

The coach said the Longhorns have two fantastic players competing for the QB job, but said 15 spring practices weren’t enough to name a starter in a new system with a new scheme and new coaches.

“We’re in a good position,” he said. “But at some point in training camp, I’m going to have to trust my gut and I’ve got to name a starter.” 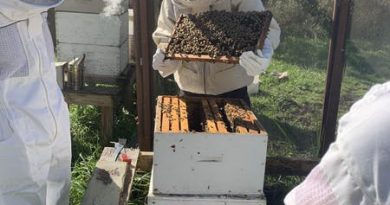 The Miami Apiculture Society: Bigger and bee-tter than ever – Miami Student