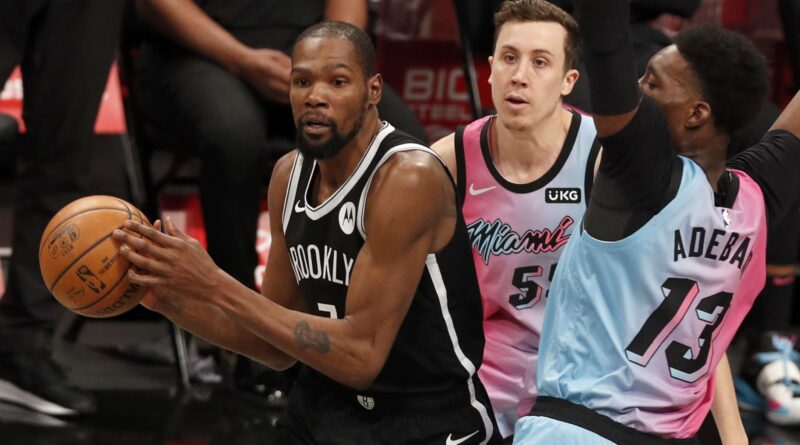 The Men’s USA basketball team begin their games in the 2020 Tokyo Olympics today, July 25, and Miami Heat star, Bam Adebayo, will be playing as their primary center.

Even though the NBA’s absolute best is not participating in the Olympics this year, the USA team should still be heavily favored to win the gold medal. One of the main reasons Team USA is likely to continue their dominance is because of Brooklyn Nets superstar, Kevin Durant.

His combination of size and skill makes him virtually unstoppable as an offensive threat. Even though the team has talented players, such as Durant, one of the concerns that analysts have about the team is their lack of chemistry.

First, Bradley Beal and Kevin Love were forced to be replaced by Keldon Johnson and Javale McGee. With the late arrival of Devin Booker and the Bucks backcourt as well, Khris Middleton and Jrue Holiday, Team USA has not had as much time as past teams to practice together.

The Miami Heat’s Bam Adebayo is a huge part of what Team USA wants to do in Tokyo. Is a ‘thing’ between he and Kevin Durant indicative of something though?

Speaking of practice though, there were two guys at a practice that made waves recently, that being Bam Adebayo and Kevin Durant. They had a small situation.

Basically, Durant made a shot during a shoot-around, so he expected the ball back. Every basketball player knows that the chivalrous thing to do is give the ball back to a teammate who makes his shot.

However, Bam Adebayo held on to the ball and started dribbling. After a short-lived scuffle at practice, Durant took to Twitter to continue the argument.

The Miami Heat big man responded, claiming that it was Damian Lillard who took his ball and that Durant was trying to “Little Bro” him. The two stars were most likely just having a little joke with each other, but it is worth noting that Kevin Durant has a history of arguing with people on Twitter.

Team USA will play France on July 25. What awaits to be seen is if this small thing is any indication or a larger issue or if it was just friendly banter between two teammates.

Free sports physicals for kids will be available in Miami, OK next week – KSNF/KODE – FourStatesHomepage.com