Angelica Delgado is a force to be reckoned with as she’s competing in her second Olympics for USA Judo.

“I’m very excited to step back on the mat. This is my second Olympic Games. I feel like I’m definitely ready this time. I’m more seasoned and I have a lot more experience this time around,” said judoka, Angelica Delgado.

The 30-year-old competed in Rio in 2016 and while she didn’t get a medal, the small, but mighty fighter has grown as an athlete since then. She is ranked in the top 14 in the world for the Japanese sport of Judo and has qualified for the Tokyo Olympics in the Women’s 52kg.

Watch all the action from the Tokyo Games Live on NBC 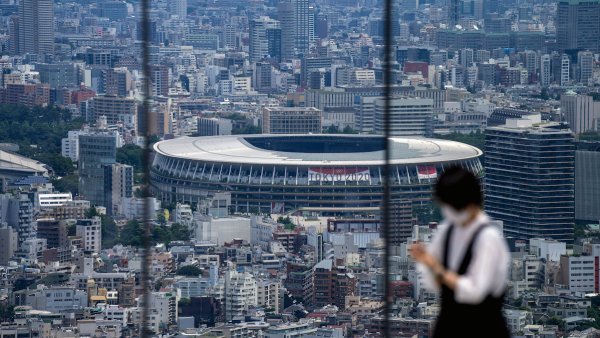 “I feel like I’m coming into my stride and I’m in the best shape of my life. My expectations are to win, but to have fun and enjoy myself because at the end of the day, I love Judo and I love this sport,” said Delgado.

She was itching to fight someone when the pandemic rescheduled the Olympics to 2021 and now Delgado is back to training with her coach Jhonny Prado on the regular in the contact sport.

“The best feeling in Judo is throwing for Ippon which is a complete knockout. It’s like throwing someone completely on their back and it’s like a beautiful, clean, crisp throw. It’s the equivalent of a knockout in boxing and it’s the best feeling in the world,” said Delgado.

Delgado has been rising up in Judo for a long time and she started in the sport at just nine years old. Every family fights, but for Delgado, it truly runs in the family when it comes to Judo.

“I started Judo because my father defected here to the United States in the 80’s. He was part of the Cuban National team. I remember seeing one of his old judogis, which is what we wear for competition and for practice. I asked him what it was about and he began teaching me in the backyard of our house, in the kitchen and everywhere and that’s kind of how I started when I was nine years old,” said Delgado.

Her dad, Miguel Delgado, still comes to her training sessions on the regular and is a big part of her life in the sport. The Cuban American powerhouse is also making Miami proud.

“I was born and raised in Miami. Pretty much throughout my entire career, I’ve trained here. I’m very proud of my Cuban roots, my Cuban heritage. My entire family is Cuban and I was raised on croquetas and pan Cubano,” said Delgado.

Croquetas, Cuban bread and her determination aren’t the only things that fuel her.

“30 minutes ago I made Cuban coffee to just come to practice so it’s definitely in my blood and I’m very proud to be from Miami,” said Delgado.

Delgado says her success on the mat comes down to planning, preparation, persistence, practice and a lot of grit!

“My mantra and what I always strive for is to be relentless. I wasn’t always the best competitor. I didn’t make the team for London in 2012. I finally made the team in 2016. Literally in the last tournament of the qualification, I was able to clinch my spot to make the Olympics. And now I will definitely be fighting for a medal so never give up on your dreams and be really relentless and never take no for an answer,” said Delgado.

Inspired by Chinese culture, they traveled around the globe to teach and learn | Connections

Coming to China to expand their skills in education, these individuals did not expect the bonds they would create. RELATED: https://youtu.be/6OUbQtQCat8 00:00 A Professor helps a foreign student make a lasting home in China 05:10 A student returned to the…