OMAHA, Neb. (AP) — Several states scaled back their reporting of COVID-19 statistics this month just as cases across the country started to skyrocket, depriving the public of real-time information on outbreaks, cases, hospitalizations and deaths in their communities.

The shift to weekly instead of daily reporting in Florida, Nebraska, Iowa and South Dakota marked a notable shift during a pandemic in which coronavirus dashboards have become a staple for Americans closely tracking case counts and trends to navigate a crisis that has killed more than 600,000 people in the U.S.

In Nebraska, the state actually stopped reporting on the virus altogether for two weeks after Gov. Pete Ricketts declared an end to the official virus emergency, forcing news reporters to file public records requests or turn to national websites that track state data to learn about COVID statistics. The state backtracked two weeks later and came up with a weekly site that provides some basic numbers.

Other governments have gone the other direction and released more information, with Washington, D.C., this week adding a dashboard on breakthrough cases to show the number of residents who contracted the virus after getting vaccines. Many states have recently gone to reporting virus numbers only on weekdays.

The Latest on the Tokyo Olympics, which are taking place under heavy restrictions after a year’s delay because of the coronavirus pandemic:

Iranian defector Kimia Alizadeh has shocked two-time Olympic gold medalist Jade Jones at the Tokyo Games, beating the British champion 16-12 in the round of 16.

Alizadeh, a bronze medalist in Rio de Janeiro, won twice for the Refugee Olympic Team to advance to the Tokyo quarterfinals.

She beat Iranian opponent Nahid Kiyani Chandeh in her opening bout before her massive upset of Jones, who was attempting to become the first three-time Olympic taekwondo gold medalist.

Mind the gap: The basketball world is catching up to the US

SAITAMA, Japan (AP) — When the Dream Team era started in 1992, most of the NBA players in the Olympics represented the United States.

David Stern knew what would happen from there.

“In time,” the former NBA commissioner predicted in 1995, “that will change.”

Stern was right. The number of international players in the NBA has steadily risen since — and the gap between USA Basketball and the rest of the world has tightened as well. There will be more players in this tournament with NBA experience than ever before, with nearly 70 players in the Tokyo Olympics either current or former players in the league. More than four dozen of them played in the league this past season.

And only 12 of that group are in Japan to compete with “USA” across their chests.

CHICAGO (AP) — Most mornings, 62-year-old Maria Elena Estamilla wakes up with pelvic pain and dread that she faces the same fate as her mother and grandmother: fatal cervical cancer.

The Chicago woman’s last full medical exam was in 2015 and she sees no options for care as a Mexican immigrant without permission to live in the U.S. She’s not eligible for Medicare, Medicaid or Affordable Care Act coverage. As a child care worker, she didn’t have employer coverage. She can’t afford private insurance.

But things may soon change.

Illinois is among a handful of Democratic-run states extending health insurance coverage to adult immigrants in the country illegally, including seniors. The state, which became the first to offer a Medicaid-like program for older immigrants last year, used a new budget to expand the program. California followed suit, including coverage for those 50 and over in the latest budget. And Oregon’s governor signed a plan this week offering benefits to low-income immigrants over 19. New York advocates are banking on the momentum to do the same.

Supporters say the trend is crucial during a coronavirus pandemic that has left immigrants, who are disproportionately essential workers, more vulnerable to COVID-19 and as federal remedies, like an immigration overhaul or “public option” health insurance, face tough political odds. While opponents question the cost and using taxpayer funding, experts believe it will ultimately save money and address looming issues with an aging immigrant population.

BLY, Ore. (AP) — Out-of-state crews headed to Montana Saturday to battle a blaze that injured five firefighters as the U.S. West struggled with a series of fires that have ravaged rural lands and destroyed homes.

Progress was being made on the nation’s largest blaze, the Bootleg Fire in Oregon, but less than half of it was contained, fire officials said. The growth of the sprawling fire had slowed, but increased fire activity was expected Saturday, and thousands of homes remained threatened on its eastern side, authorities said.

“This fire is resistant to stopping at dozer lines,” Jim Hanson, fire behavior analyst, said Saturday in a news release from the Oregon Department of Forestry. “With the critically dry weather and fuels we are experiencing, firefighters are having to constantly reevaluate their control lines and look for contingency options.”

In California, Gov. Gavin Newsom on Friday declared a state of emergency for four northern counties because of wildfires that he said were causing “conditions of extreme peril to the safety of persons and property.” The proclamation opens the way for more state support.

On Saturday, fire crews from California and Utah were headed to Montana, Gov. Greg Gianforte announced. Five firefighters were injured Thursday when swirling winds blew flames back on them as they worked on the Devil’s Creek fire burning in rough, steep terrain near the rural town of Jordan.

PHOENIX (AP) — In mid-May, partisan investigators hired by Arizona state lawmakers backed off their allegation that the state’s most populous county had destroyed its 2020 election database. Confronted with proof that the data still existed, they admitted everything was there.

Two months later, the tale lives on. At an event Saturday, former President Donald Trump presented the debunked allegation as a key piece of evidence that the state’s electoral votes were stolen from him in 2020.

It was one of a number of fabricated and familiar stories Trump told the crowd in his relentless effort to deny the well-established legitimacy of his defeat at the hands of President Joe Biden.

Over nearly two hours, Trump revisited his touchstones of grievance, leveling allegations of fraud that election officials and judges have systematically refuted or brushed aside. It was Trump’s most explicit effort to insert himself into the widely discredited Arizona audit as he tries to increase the pressure on other states to embark on similar efforts.

He spoke of untold thousands of dead people voting — no such phenomenon surfaced in postelection audits. He alleged 168,000 Arizona ballots were fraudulent — there is no support for that.

NEW YORK (AP) — Federal prosecutors in R. Kelly’s sex trafficking case say he had sexual contact with an underage boy in addition to girls, and the government wants jurors in his upcoming sex trafficking trial to hear those claims.

Prosecutors aired a wide-ranging raft of additional allegations — but not new charges — against the R&B star in a court filing Friday. Jury selection is due to start Aug. 9 in a New York federal court for Kelly, who denies ever abusing anyone.

A message was sent Saturday to his lawyers about the additional allegations.

The Grammy Award-winning singer is charged with leading what prosecutors call a criminal enterprise of managers, bodyguards and other employees who allegedly helped him recruit women and girls for sex and pornography and to exercise a lot of control over them.

Beware of budget gimmicks in push for massive spending deals

WASHINGTON (AP) — Senators fashioning a pair of colossal bills that would deliver more than $4 trillion for infrastructure, health care, environment and other initiatives insist they will fully pay for both plans.

In a Washington ritual as reliable as panic-buying when light snow is forecast, both parties have long relied on toothless budget gimmicks to help finance their priorities. The contrivances let lawmakers claim they are being fiscally responsible while inflicting little pain on voters and contributors with tax increases or spending cuts.

Here’s how they may do it again:

NEW YORK (AP) — Jackie Mason, a rabbi-turned-comedian whose feisty brand of standup comedy led him to Catskills nightclubs, West Coast talk shows and Broadway stages, has died. He was 93.

Mason died Saturday at 6 p.m. ET at Mt. Sinai Hospital in Manhattan after being hospitalized for over two weeks, the celebrity lawyer Raoul Felder told The Associated Press.

The irascible Mason was known for his sharp wit and piercing social commentary, often about being Jewish, men and women and his own inadequacies. His typical style was amused outrage.

“Eighty percent of married men cheat in America. The rest cheat in Europe,” he once joked. Another Mason line was: “Politics doesn’t make strange bedfellows, marriage does.” About himself, he once said: “I was so self-conscious, every time football players went into a huddle; I thought they were talking about me.”

His death was mourned far and wide, from fellow comedian Gilbert Gottfried, who called him “one of the best,” to Fox News Channel personality Sean Hannity, who hailed Mason as “irreverent, iconoclastic, funny, smart and a great American patriot.” Henry Winkler tweeted: “Now you get to make heaven laugh.”

NORFOLK, Va. (AP) — When members of Congress head home to connect with their constituents, some hit tractor pulls. Others might stop by mom-and-pop stores. For Democratic Rep. Elaine Luria, whose Virginia district includes the world’s largest naval base, a recent swing included boarding an amphibious assault ship for a NATO ceremony and a speech by the chairman of the Joint Chiefs of Staff.

“The congresswoman right here in front of me asks tough questions all the time, pins my ears against the wall on many, many topics,” Gen. Mark Milley told a recent audience of dignitaries aboard the USS Kearsarge, a reference to Luria’s grilling him on military readiness during committee meetings.

Luria’s next round of tough queries will concern a topic that is potentially even more sensitive for the military: why veterans were disproportionately involved in the Jan. 6 insurrection. A 20-year naval veteran and nuclear-trained surface warfare officer who commanded 400 crewmembers in the Persian Gulf, Luria is joining House Speaker Nancy Pelosi’s special committee to investigate the mob attack on the U.S. Capitol.

“I bring some additional perspective,” Luria, 45, said in an interview from Naval Station Norfolk, where the Kearsarge and about 75 other ships are docked. She may end up being the lone member with military experience on the panel after most Republicans said they’d boycott following Pelosi’s objecting to the appointment of two GOP lawmakers, including a Navy veteran.

Luria noted the high number of online misinformation campaigns that targeted veterans and said many participants have since spoken about how politically and socially marginalized they felt. 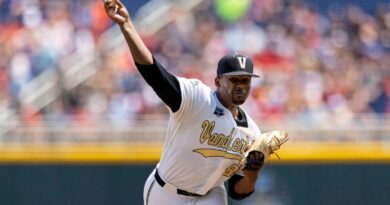