It’s Thursday, October 14th – and NBC 6 has the top stories for the day.

No. 1 – Miami’s city commissioners will be meeting Thursday to discuss the ouster of Police Chief Art Acevedo, who has been suspended and faces termination after just six months into the job.

Miami City Manager Art Noriega said in a statement Monday that he suspended Chief Art Acevedo with the intent to terminate his employment. Acevedo has a right to a hearing before commissioners, which is scheduled to begin around 3 p.m. Thursday. Noriega is expected to make his case for why the suspension should move to a termination, and Acevedo or his representative is allowed to give a defense. There are five commissioners, and three are needed for some sort of action, either to uphold the city manager’s decision to terminate or to reinstate the chief.

No. 2 – Slain college student Miya Marcano was remembered as fun, loving, and as someone who had a bright future as hundreds attended her wake Wednesday in South Florida. 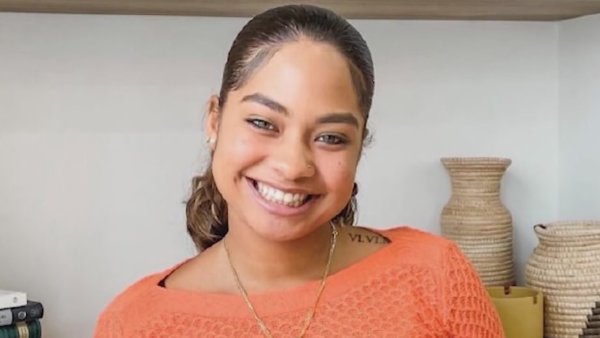 Marcano’s wake took place at the Cooper City Church of God. A memorial service at the same location is scheduled for 11 a.m. Thursday. On Thursday, the funeral procession is expected to leave the Church of God and travel to Bailey Memorial Gardens in North Lauderdale. The body of the 19-year-old was found earlier this month in Orlando following a week-long search. Authorities said Marcano vanished on the same day a maintenance man improperly used a master key fob to enter her apartment. Her family reported her missing after she missed a flight home to South Florida on Sept. 24.

No. 3 – A Hallandale Beach man is hoping anyone can identify who he believes were would-be thieves who were caught on surveillance video breaking into his car.

It happened on Oct. 7 in a private resident parking lot of an apartment complex in the 500 block of Northeast 14th Avenue. The owner of the car told NBC 6 that he walked out to find a back window of his white Dodge Charger smashed in. In the footage, the suspects are seen pulling up in a dark orange Mercedes SUV in the spot next to the Dodge Charger. One of the men then smashes in the window and dives in. The time stamp on the video shows they pulled in just after 3:20 a.m. and stayed there until almost 4 a.m., but they leave without the car. Click here to hear what one of the car owners said to NBC 6 reporter Julie Leonardi in an interview you’ll see Only on 6.

The first attempt was struck down in court. Now voters will get to sound off on the issue in November, in a straw ballot which might carry enough weight to sway the city commission into making it law.  That possibility drew hundreds of demonstrators to city hall Wednesday morning, urging city residents to vote against the proposal. The owner of Mango’s on Ocean Drive, David Wallach, delivered a fiery speech to the crowd with a bullhorn. “Almost all of the crime in our city, incredible amount of it, comes just in this little area,” said Mayor Dan Gelber, holding up charts to illustrate locations of crimes. Gelber said there is no reason bars can’t survive with a 2 a.m. closing time. Click here for what else he said in a report from NBC 6’s Ari Odzer.

In collaboration with the Ron Magill Conservation Endowment and Wildlife Rescue of Dade County, the world can now go online for free and connect to the livestream for an intimate look at the lives of a bonded pair of bald eagles as they continue to build their nest and raise young to become the next generation of these majestic creatures. This is one of the few eagle nest cams in the world that will allow viewers to see the behaviors that lead up to the actual construction of the nest, in addition to the hopeful laying of eggs and rearing of chicks, Zoo Miami said in a news release.

The cats will host the season opener Thursday in the newly named FLA Live Arena at 7 p.m. against the Pittsburgh Penguins. Florida hopes to capitalize off the 2020-21 season, where they won 37 games and finished second in the NHL’s Central Division before another first round playoff loss. Pittsburgh has already opened their season, winning Tuesday against the defending Stanley Cup champion Tampa Bay Lightning. NBC 6 sports will be live at the arena with all the action – look for live reports starting at 4 p.m.